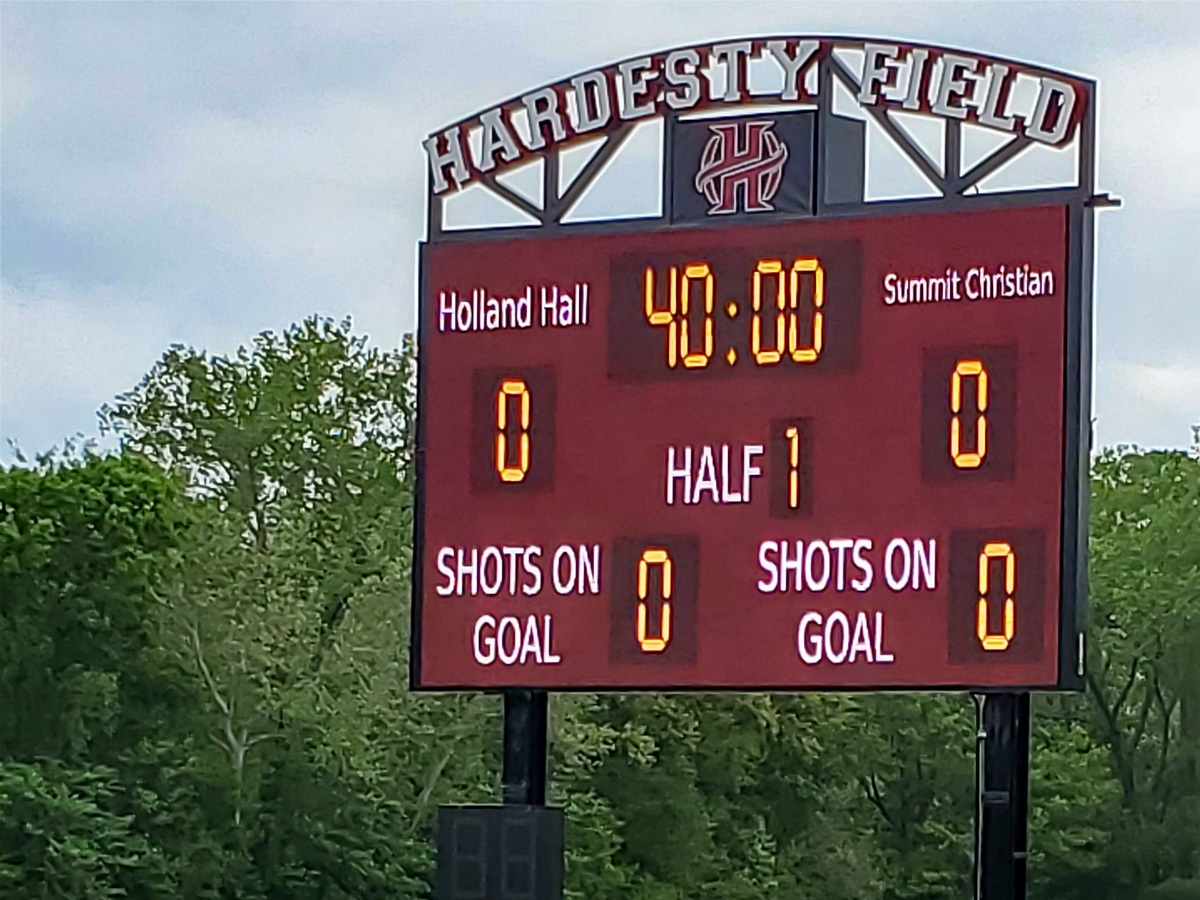 When Friday night lights return in August at Holland Hall in Tulsa, Okla., fans of the Dutch will be treated to an elevated game night experience with an all-new video scoreboard and sound system from Watchfire Signs.

“I don’t even like to call this a scoreboard because it’s so much more,” said Henry Finch, director of technology at Holland Hall. Already the new video board has been used to showcase students and their achievements at end-of-year events, and the school anticipates being able to use the video board for movie nights, graduations and other events, in addition to sports.

The school decided to replace its previous fixed digit score board because it became difficult to use as it aged. “We had a mix of technologies, and the number of devices we needed to control the board became overwhelming,” said Finch.

The new high-resolution board is flexible enough to handle just about any event taking place at the stadium and expands the kinds of content that can be shown during sporting events.

“We plan to put up player profiles, showcase instant replays, stream video, and promote events happening around the campus,” said Steve Heldebrand, director of athletics at Holland Hall. “The video board will add to every experience at the stadium.”

Officials at the school started considering the upgrade several years ago. At that time, Finch began eyeing other video boards, and then inquiring about the ones he liked. “The majority of the video boards that I thought looked great were from Watchfire Signs,” said Finch.

When it came time to purchase, the decision to go with Watchfire was an easy one. “Watchfire fit our needs for a great-looking display that’s easy to use,” said Finch. “The easy-to-use software was very appealing.”

The board was designed and installed by Metro Sign Corporation of Oklahoma City. According to president Troy Schweinberg, Holland Hall is exactly the kind of customer he likes.

“They asked a lot of questions and really educated themselves about video scoreboard technology,” said Schweinberg. “They understood the value of investing in quality technology that will look good for many years.”

Summer football practice has already started at Holland Hall, and coaches are envisioning how they will use the video board to make practice time more productive. At the same time, discussions are underway about how the school’s Sports Video class, which does streaming and sports analysis, can get involved with programming and operating the board with the Ignite Sports software.

Read this guide to learn about revenue-generating opportunities that position a new video display or virtual scoreboard to pay for itself.