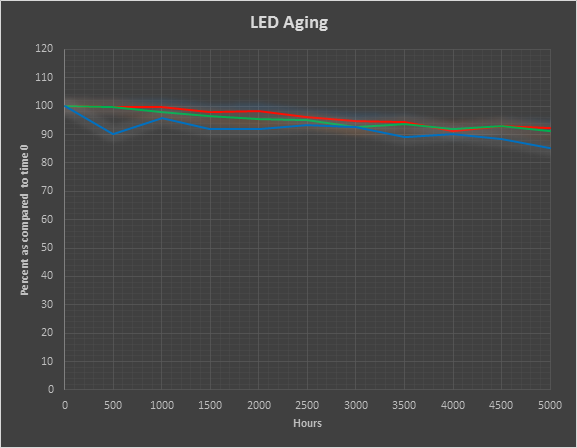 Going back to the basics – LED stands for Light Emitting Diode. An LED is not a light bulb, but an efficient, effective, ultra-bright alternative that doesn't burn out. And all LEDs are NOT created equal.

Since we first replaced incandescent bulbs with LEDs in our signs back in 1998, Watchfire has focused on selecting only LEDs that meet our stringent criteria. Unlike their incandescent predecessors, LEDs do not burn out, but rather dim over a period of time. High quality LED components will dim uniformly, last a long time in harsh environments, and deliver energy efficient brightness. 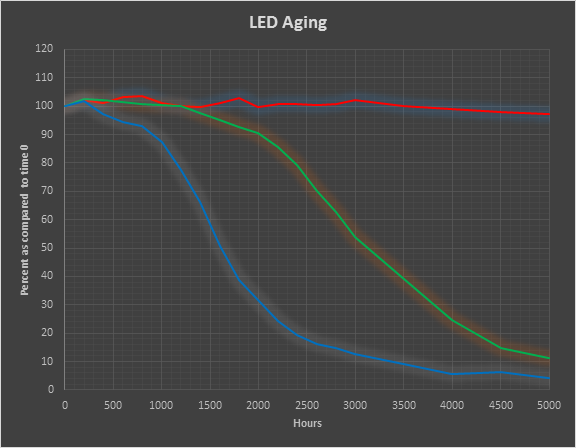 Just as with other components of our products, we have been rigorously testing candidate LEDs for many years. Watchfire tests LEDs by simulating real world environmental extremes in a special testing chamber – including up to 5000 hours at 85°C with 85% humidity. Brightness as measured in nits, or luminance, is recorded every 500 hours. High quality LEDs typically maintain most of their original luminance throughout the first 1,000 hours.

In 2005, the business standard for maximum luminance was 5,000 nits, but over the last decade, LEDs have become more and more efficient, pushing maximum brightness closer to 10,000 nits for on premise applications and 7,500 nits for digital billboards. The reason for this change is not to make LED signs twice as bright on day one, but rather to use less power while achieving consistent brightness over the life of the sign. Low quality LEDs may be able to deliver 10,000 nits when they are first installed, but they will not be able to maintain this level of brightness over time.

Graph 1 shows the luminance over time of high-quality LEDs. The blue, red, and green LEDs retain about the same level of brightness for the duration of the test, dimming uniformly. When LEDs dim uniformly, it means that the colors of the sign stay true to the colors they are supposed to be; the white will remain a true white.

Graph 2 shows the luminance over time of low-quality LEDs. The blue and green LEDs lose brightness very quickly after 1000 hours while the red LED does not. Since not all of the colors stay at the same level of brightness, eventually the colors of the sign display will not be true to the colors they are supposed to be; the white will actually have a pinkish hue.

We select only the highest quality LEDs so that our signs look better longer, age more uniformly, and cost less to operate. The testing and research we do in our reliability lab ensures that we deliver the best signs in the industry.