The Beginning of Time AND Temp 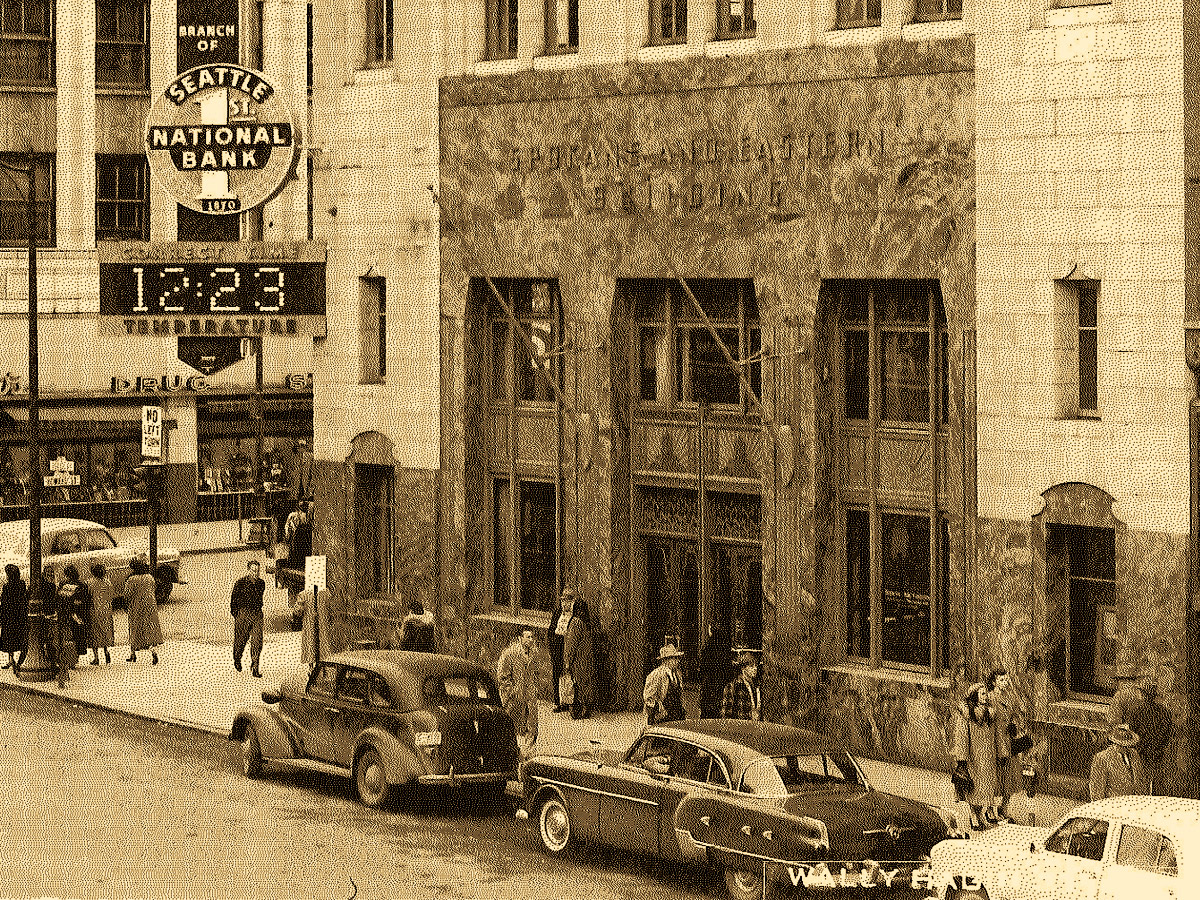 On December 24, 1951, Williams Brothers, Inc. installed a massive and innovative sign in downtown Spokane, Washington. The result was the second largest bank sign in the U.S. It was also significant because it was the first sign to alternate time AND temperature on the same bank of lights, designed and built by Time-O-Matic in Danville, Illinois – the predecessor to Watchfire Signs.

“Twas the Night Before Christmas”

Twas the night before Christmas, sixty-five years to the day
That a gift came to signage, but not on a sleigh.
In downtown Spokane, innovation was prime
For citizens needing the temp and the time.

At First National Bank of Seattle’s branch site
The first sign of its kind was about to a-light.
At ninety feet tall, the landmark was bold
And helped people learn “what hour?” and “how cold?”

Over three hundred bulbs lit up the sky
And displayed time and temp, in lights two feet high.
And so, for five seconds each spell
The temperature glowed, and then time as well.

Before this design, the data was separate.
Requiring power that made owners desperate.
Time-O-Matic already made signs that could weather,
When a brilliant mind said, “We should put them together!”

The designers: how merry, the owners: enchanted!
To help define contrast, the louvers were slanted.
Everything was considered, and engineered too
With wires, tubes and motors hidden from view.

And so time and temp was born for the ages,
Adding to Time-O-Matic inventions in stages.
From flashers, to flippers, to an LED crawl –
Watchfire wishes Happy Holidays to all!