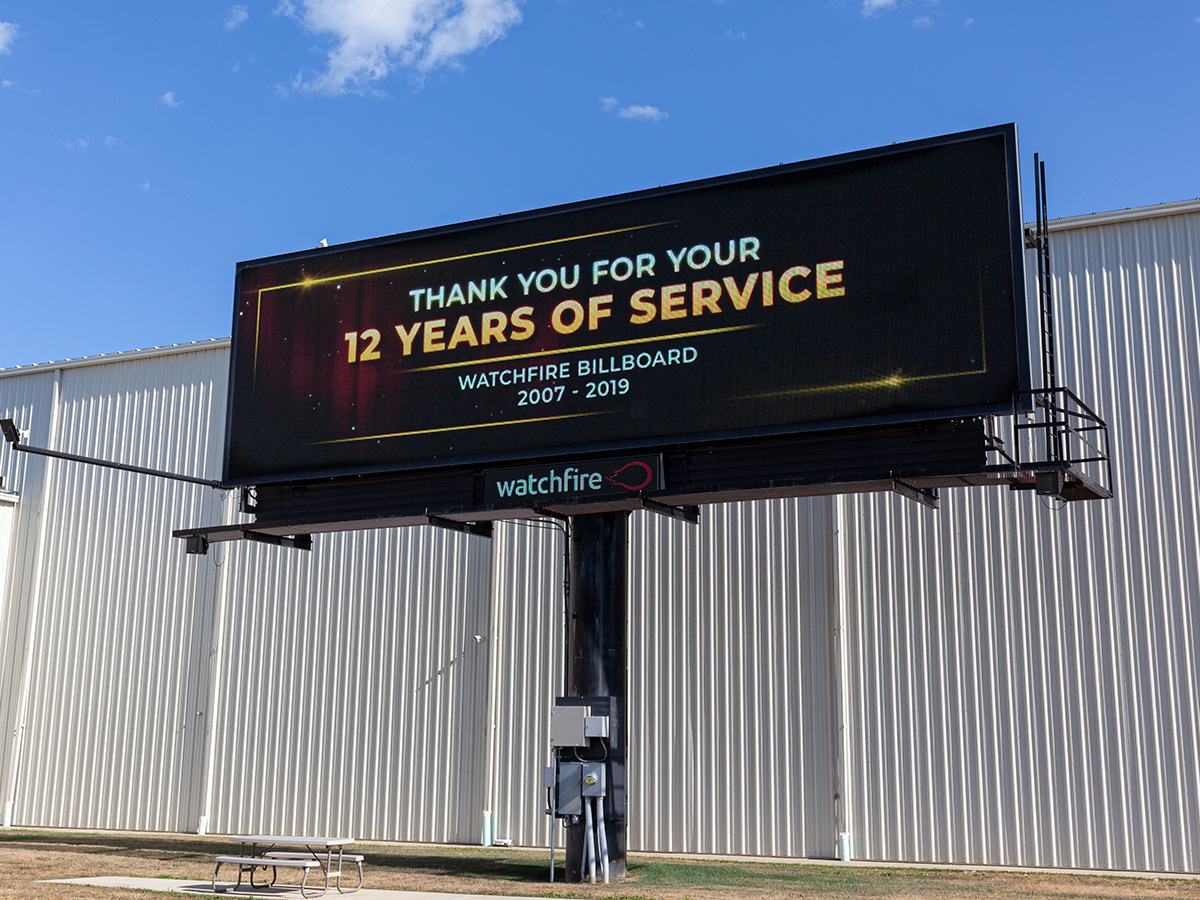 Watchfire Signs is announcing the much-deserved retirement of the 19mm digital billboard that has been running outside its headquarters in Danville, Illinois, since 2007. The iconic display is being refaced with 16mm modules at the end of the summer.

“I’ll miss our old friend 'Bill', the Watchfire billboard. I love that he greets me every day without fail, always bright even on the cloudiest days. I will be sad when he retires, but after years of faithful service, he deserves a celebration,” said Roma Smith, executive assistant at Watchfire Signs.

Watchfire’s company billboard has seen the company grow from less than 100 employees when it was installed in 2007 to nearly 350 today. It’s helped the company host hundreds and hundreds of visitors. It’s been part of Watchfire movie nights, has helped the community celebrate the annual trick or treat event, welcomed new employees on their first day on the job and endured every weather change imaginable – from rain and snow, to sleet, hail and sub-zero temperatures. The board has seen it all, standing as a sentry during times of great growth for Watchfire. 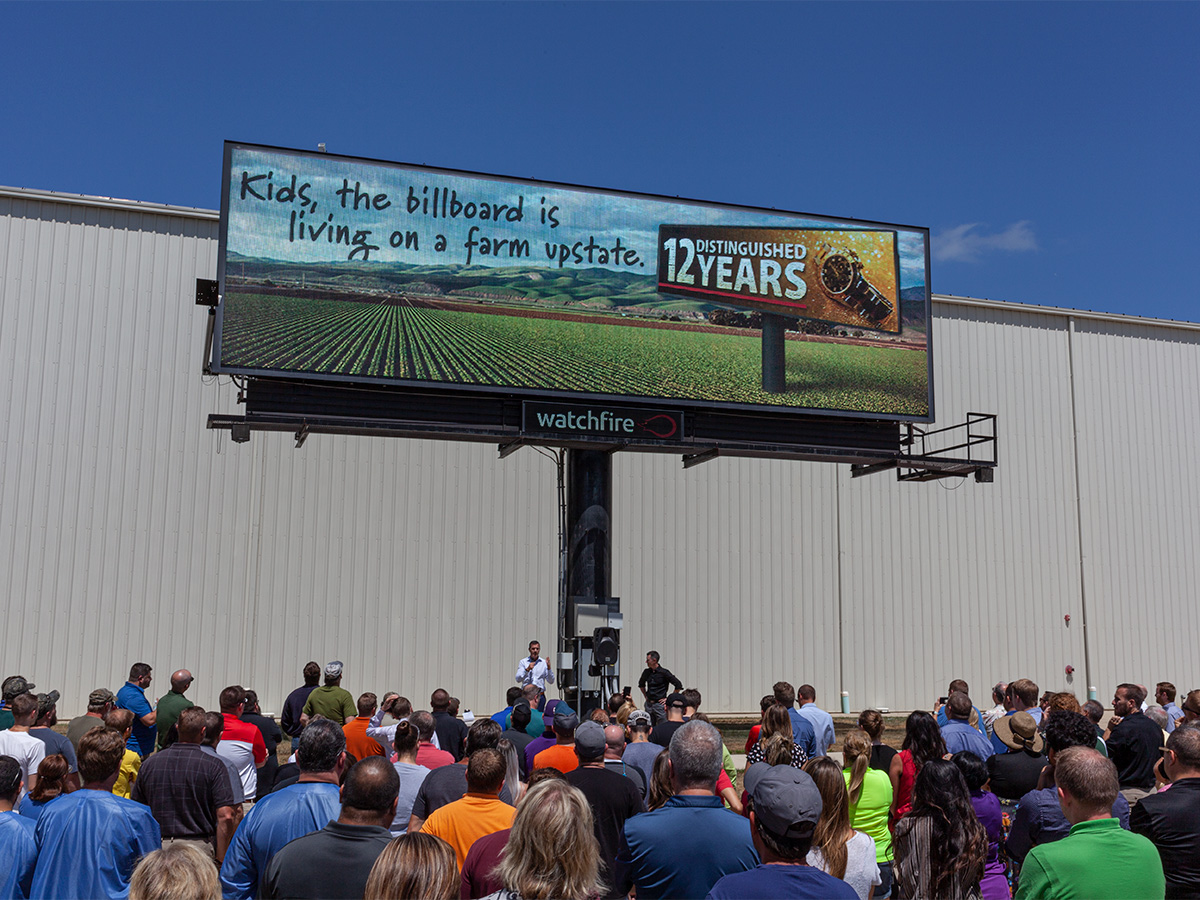 “When we were getting started in the billboard business, we wanted a company display at our headquarters so prospective customers could get a firsthand look at the quality and reliability. While our display has lasted 12 years, we have billboard customers who had the same, or even a little better, longevity. It’s what we promised our customers more than a decade ago, and we’re proud to be making good on the promise,” said Darrin Friskney, vice president of Watchfire’s billboard division.

Friskney added, “We’re leaving the 2007-era cabinet in place, but replacing all the electronics in the display. It will be like-new all over again and we’ll probably get to celebrate another retirement sometime around 2031.”

In honor of our retiring billboard, let’s look back at some of the milestones at Watchfire over its lifetime.

We are proud that our company’s billboard has been running reliably for over 12 years – welcoming guests, promoting company events and acknowledging the accomplishments of our employees. After years of faithful service, it has earned some time “off”. We are excited to use this opportunity to showcase the exciting 16mm product, with its faster refresh rate, superior viewing angles and an even crisper image quality.

When it comes to choosing a manufacturer, are you smart enough?

Read this free guide to learn what every billboard operator should know about digital billboards.