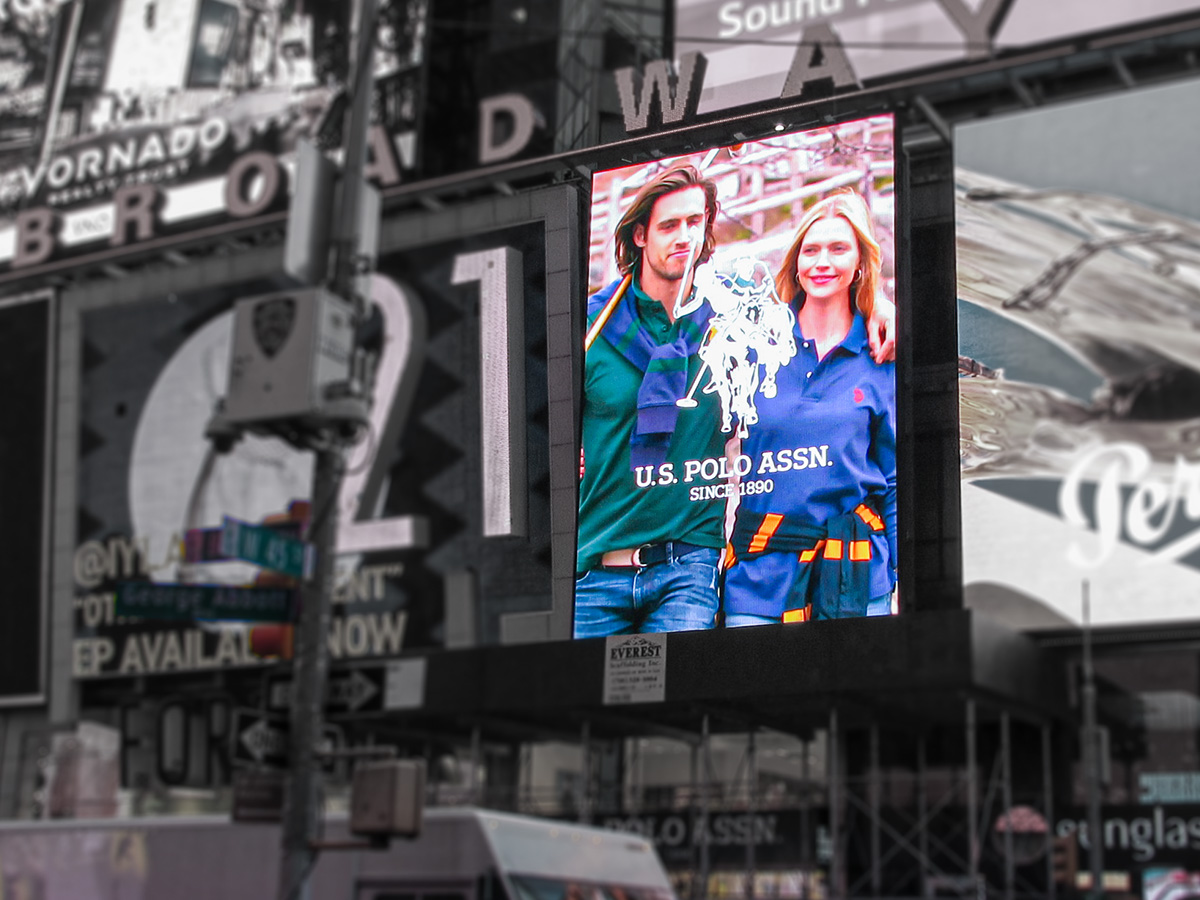 ​Watchfire Signs was selected by Greyline Outdoor to manufacture a large digital billboard located in Times Square, a major commercial, tourist and entertainment center in the Midtown Manhattan section of New York City.

The 8mm billboard stretches nearly 36 ft x 24 ft and is located above US Polo at 1540 Broadway in the center of Times Square. Nearly 50 million visitors are drawn to this area annually.

This is the first digital billboard in Times Square to offer programmatic advertising, according to Kyle Scritchfield with Greyline Outdoor, the second largest outdoor company in Western New York. Programmatic advertising is the automated buying and selling of digital advertising. Greyline Outdoor is partnering with Blip, a self-service marketplace for small and midsize advertisers to buy airtime on digital billboards.

With the Watchfire-Blip integration, digital billboard operators who use Watchfire’s Ignite OA content management software can flip a switch to make their inventory part of the Blip marketplace, and easily increase revenue.

Greyline selected Watchfire for the landmark billboard because of Watchfire’s history of producing quality displays that are reliable and backed by excellent support.

The billboard was installed in February 2020 and replaces a static billboard that previously was owned by US Polo. Greyline took over the existing signage and installed a digital billboard. Part of the ad inventory is dedicated to US Polo, and the remainder is sold to other advertisers.

When it comes to choosing a manufacturer, are you smart enough?

Read this free guide to learn what every billboard operator should know about digital billboards.