How to Finance an LED Billboard

Financing is a smart way to retain capital reserves and free up cash in the short term. We recommend working with a specialty lender who focuses on capital investments in the billboard industry. 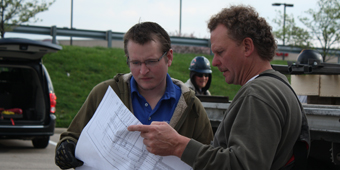 Based on conservative estimates, your choice to convert a static billboard to digital could result in a pay off in a little over a year, with many more years ahead to deliver profits. Digital billboards open up a new market of advertisers who have traditionally avoided out of home advertising, and have the potential to generate six to ten times more revenue than static billboards.

Wondering how a digital billboard could boost your revenue? A static 14' x 48' bulletin in a prime location that generates $3,000 per month from one advertiser would have potential for messages from eight advertisers as a digital board. That means it could generate as much as $24,000 per month. Your digital billboard investment could be paid off in its second year and deliver many more years of profits.

To help operators purchase the highest quality digtial billboard for a price that benefits their bottom line, The Watchfire Advertising Plan gives operators of digital billboards the opportunity to take advantage of pre-sold advertising that offsets the cost of a new Watchfire display. Billboard operators simply opt-in when placing their order by contracting one slot on their new board as part of the program. As an example, a billboard location with a daily effective circulation of 50,000 that accepts a three-year contract would get a nearly $20,000 reduction in the cost of a new Watchfire digital billboard, regardless of the billboard’s size.

Financing is a great way to purchase a digital billboard. However, funding requests for digital billboards are not something that the average bank lender handles regularly. Banks may not understand the out of home advertising business and could be fearful about what they would do with a digital billboard in the event of foreclosure.

Watchfire now offers an exclusive financing program that is unique to the industry. It’s open to any billboard operator Watchfire endorses. Terms are favorable and lending decisions are generally made within one business day. Finance terms of up to seven years are also available with straightforward contracts and pricing.

Watchfire has worked with more billboard companies than any other manufacturer and we have a track record for helping operators build their business. Our exclusive financing option gives you the freedom and flexibility to determine a manageable monthly payment.