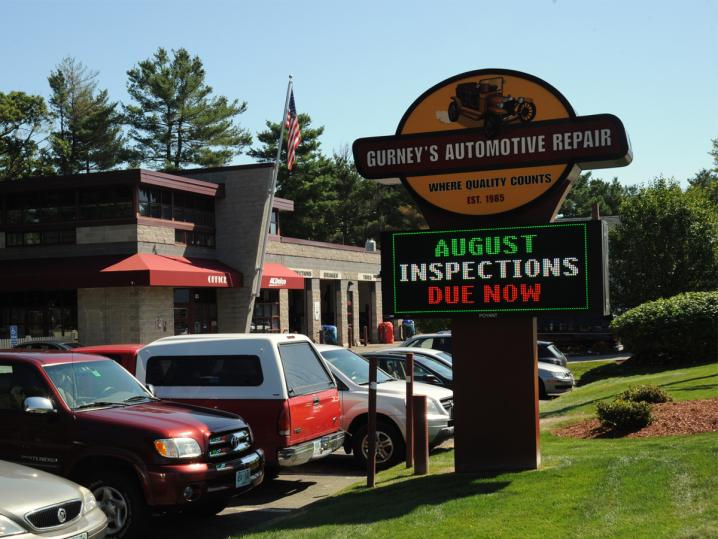 A few years ago, Bill Gurney, owner and founder of Gurney’s Automotive Repair in Nashua, N.H., realized that the changeable copy sign outside his shop, primarily used to display messages to the community, was no longer adequate for the company’s advertising needs. 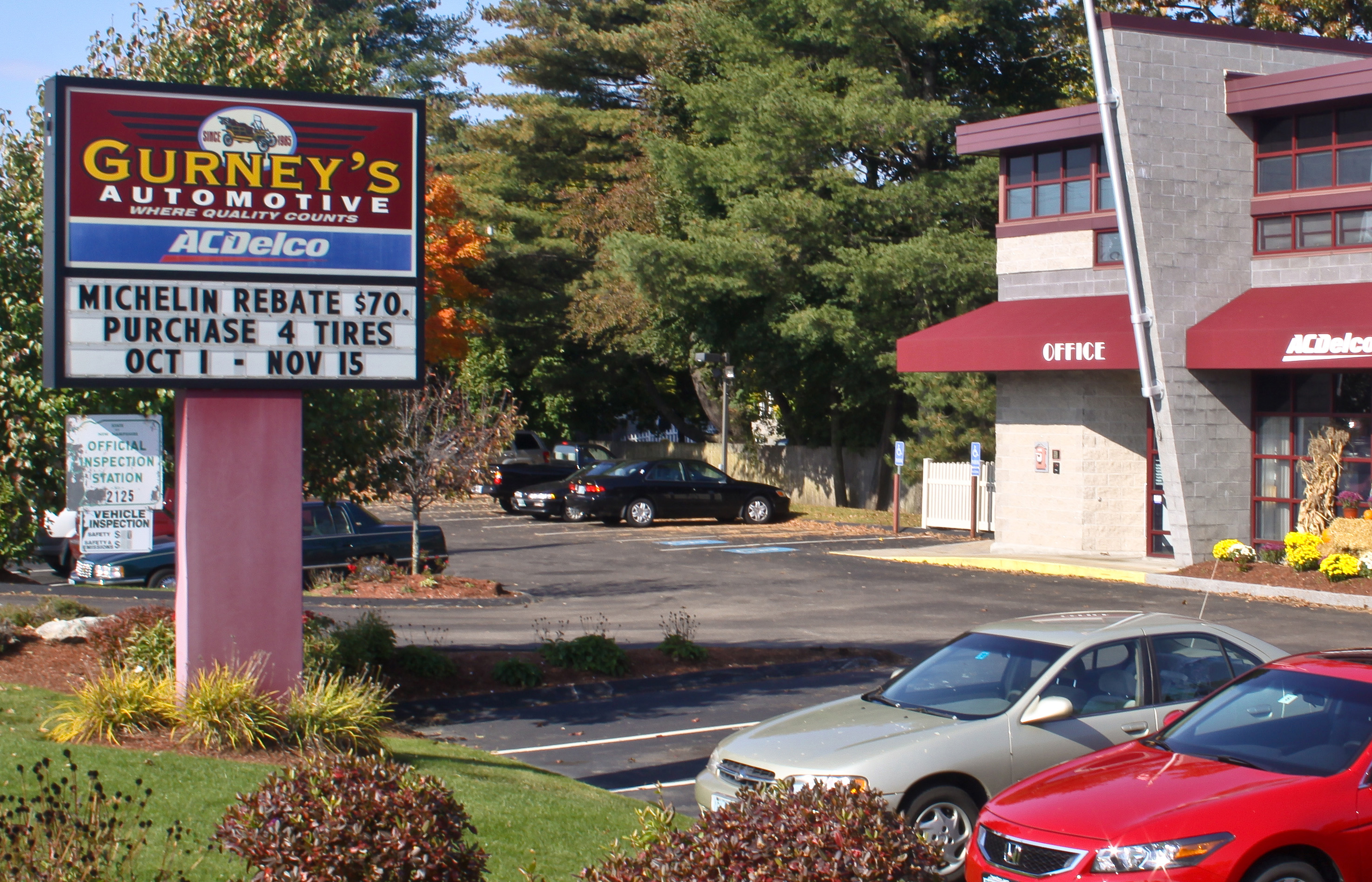 Gurney chose 19mm color Watchfire LED signs for the company’s Nashua location and again for their second location in Milford, saying, “I knew I could not open our second location without a Watchfire sign. I even included it in the proposal I submitted to the bank.”

In the year after he installed the first LED sign, they had “259 new and unique customers who said they came in because they saw us from the road or they mentioned the sign. Those 259 customers spent $90,037 during that year.” This was an increase of 89 customers, who cited the sign as the impetus for their visit, compared to the previous year.

That is “a 50% increase in paying customers who saw us from the road which we can attribute to the sign, and we had a 53% increase in dollars spent by those customers,” explained Gurney. The increase in traffic and sales, especially of new customers, is particularly valuable as he looks forward to a percentage of them coming back as returning customers.

Gurney mentioned that he has received many compliments on the sign, and frequent phone calls from people who are interested in learning more about it. The sign was even featured in a few auto repair trade publications, like Ratchet and Wrench and National Oil and Lube News.

Gurney has happily recommended Watchfire and advised anyone who asks that when it comes to LED signs, “you get what you pay for.”