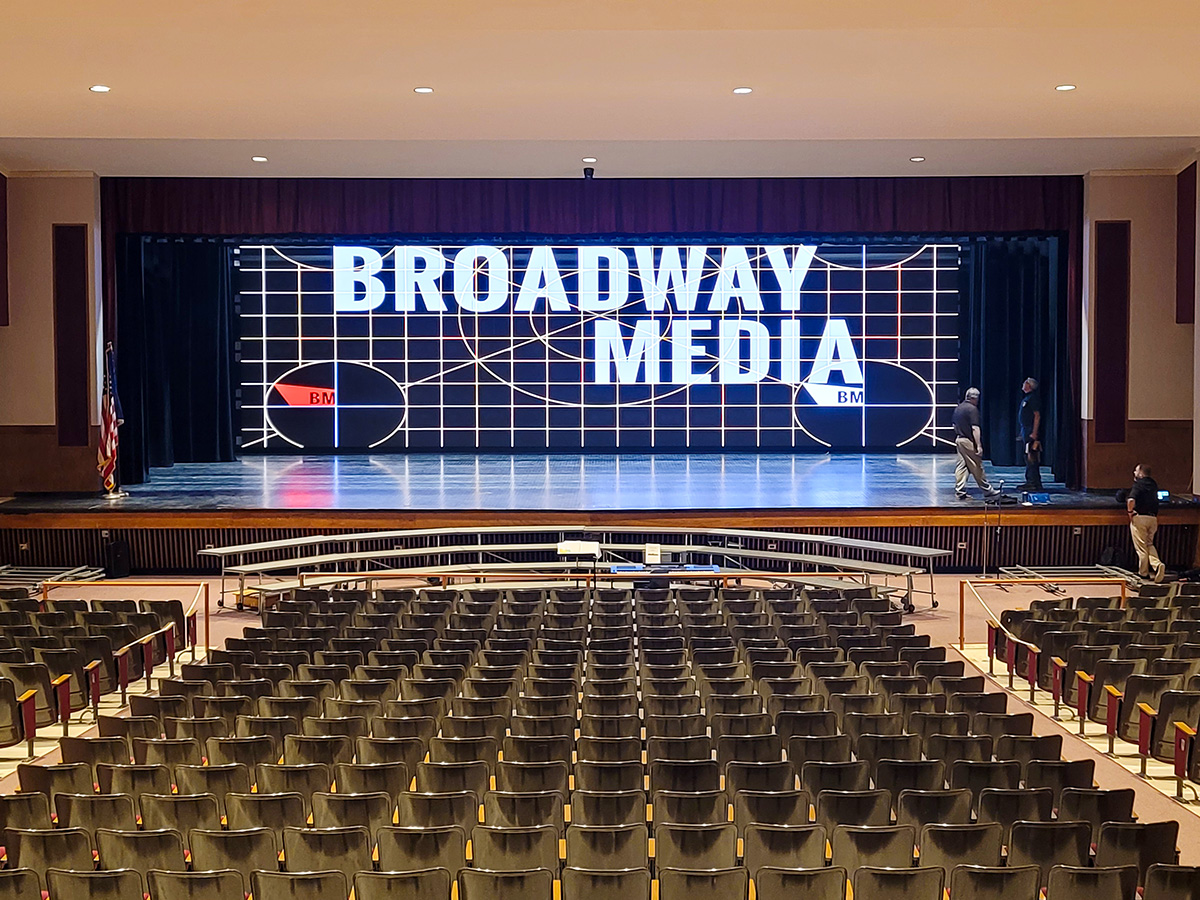 Pioneer Central’s 1,200-seat performing arts center is used by both the school district and community organizations to provide a variety of enrichment opportunities throughout the year. The district serves 2,500 students from a 250 square mile area about 45 minutes southeast of Buffalo.

“A lot of our facilities are considered among the best in the region,” said Benjamin  Halsey, superintendent of Pioneer Central School District. “Families in the region don’t have easy access to other enrichment activities, so we felt it was important to provide the best facility for dance, music, and theatrical performances.”

The original performing arts program stage was designed without “fly space,” an area above the stage where stage crews raise and lower curtains, scenery and other effects, which limited what crews could do with moveable props. To solve the problem, the school looked into raising the roof above the auditorium as well as installing a video board backdrop.

“From a cost perspective, the video board was more advantageous,” said Halsey. “We also felt that this was the future of performing arts, and it gave us another avenue to teach students a new skill.”

According to Halsey, the district’s music department is planning to design a curriculum for students that teaches scene design using the new video board. Students will have the opportunity to design scenes for school performances.

Convergent Technologies Design Group, an engineering firm involved in the project that specializes in audiovisual, telecommunications, and acoustic services, specified Watchfire for the project because of its quality and reliability. The new backdrop surpasses 4k resolution, giving it a higher resolution than television screens.

“It was important to specify technology that students would encounter in a studio environment after graduation,” said Paul Corraine, principal at Convergent Technologies Design Group. “The district is very progressive in teaching students how to generate the content for the video wall, putting them on a career path after high school.”

Jill Szpylman, marketing communications manager at Stark Tech, a leader in facility optimization and the project’s integrator, noted that the video board will pay for itself over time by eliminating the costs associated with building physical sets.

Others involved in the project include M&E Engineering and Jones Architects.

Learn more about our indoor video walls and digital displays in this free product brochure.