In Absence of Ceremonies, Schools Bid Farewell to Graduates on Watchfire Digital Displays 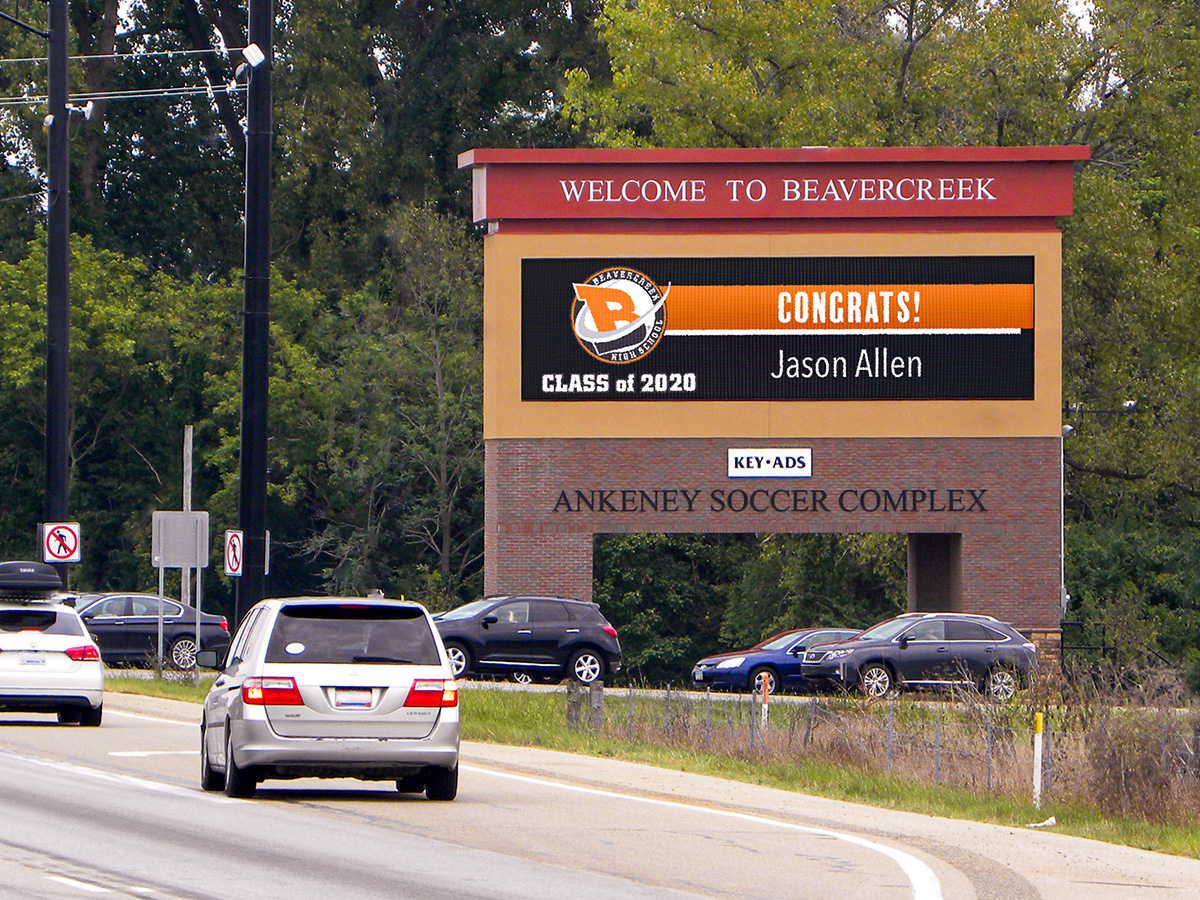 As schools grapple with how to hold virtual graduation ceremonies in the wake of the Covid-19 pandemic, a number of administrators and local businesses are teaming up to give graduates a send off on digital billboards and signs.

In Jesup, Ga., a city of just over 10,000 residents in southeastern Georgia, Wayne County’s sole high school advertised its more than 300 graduates on the county’s only digital billboards. Signatronics, which owns the double-sided billboards, matched the ad buy.

“The students loved seeing their name and photo on the billboard, and we also were able to post the graduate’s plans after high school,” said Susan DeLeGal, the owner of Signatronics. Each graduate’s photo and information ran three to four times a day for 10 days. The school plans to repeat the ads in July, when they hope to have a traditional graduation.

Dayton, Ohio-based Key Ads also was approached by local high schools to run ads congratulating graduates. Beavercreek High School ran the names of more than 600 graduates, while a digital billboard in another location ran ads for each of Springboro High School’s 500 seniors, including their portraits.

“Running that many different ads really wasn’t difficult,” said Camryn Newsom, graphic designer at Key Ads. “We set up an XML sheet that had the student data and images, and then scheduled the feed to rotate through the data.”

Students appeared on the Key Ad billboards four times a day for two weeks, which gave family and friends ample opportunity to drive by and see their graduates.

An enterprising auto dealer near Syracuse, NY, used his three Watchfire electronic message centers to display senior photos of graduates from nearby Cicero-North Syracuse High School. Located near the intersection of I-81 and I-481, the dealership ran photos of nearly 600 seniors, along with their names.

Families pulled up in the parking lots surrounding the auto mall to see their graduates’ names in lights, honking and cheering for each student.

“Digital billboards and message centers are so flexible that last minute ideas such as these can quickly become a reality,” said Carol Wade, senior director of marketing at Watchfire Signs. “Once the display owners have the names and photos of students, programming is simple. The software rotates through the messages, so they can set it and forget it.”

Questions? Let us connect you with your local Watchfire representative.

We're here to help. Contact us to learn more about LED signs from Watchfire.