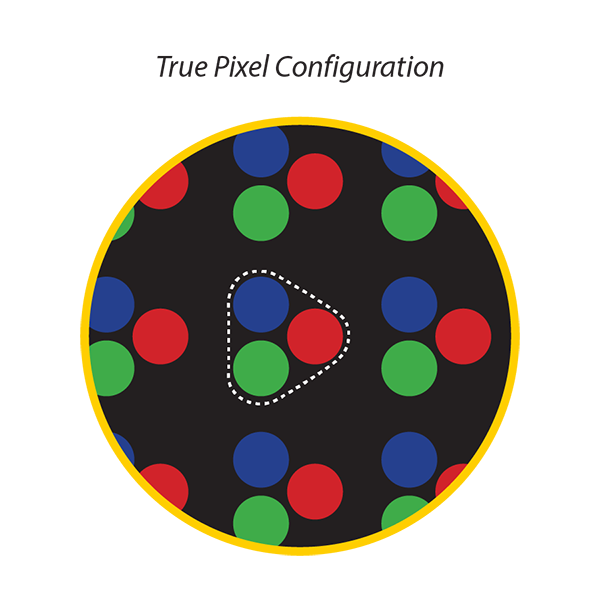 Pixel pitch, or the distance between LED clusters, has long been an easy way to differentiate LED sign models. The simple rule of thumb has been that a lower pitch measurement results in a higher quality image. But today that straight-forward concept is a little more complicated as many LED display manufacturers now offer alternative pixel configurations as a way to reduce costs. Here’s a look at a few of the pixel configurations that are often characterized as “virtual,” “enhanced,” or “optimized,” and how they impact power consumption and image quality.

Let’s start with a little background on pitch. Pixel pitch is a standard measurement to indicate the resolution of a digital sign based on the spacing of LED clusters (also known as a pixel). The accepted standard is measuring from the center of one pixel to the center of the next – both vertically and horizontally. 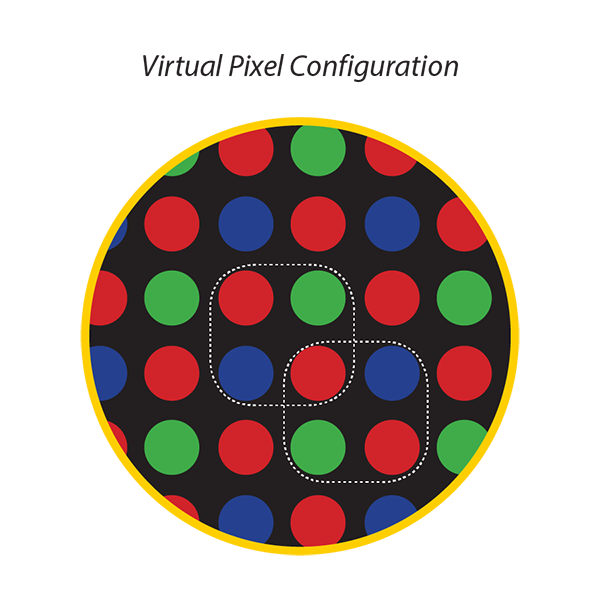 A virtual pixel configuration often involves adding a second red LED to each cluster. In this arrangement, LEDs are shared to other pixels in an overlapping pattern. While this may sound like a good way to increase resolution, it actually results in color and contrast issues.

True pixel configurations do not rely on sharing and usually contain one red LED, one blue LED and one green LED grouped in a triangular cluster. Manufacturers of high quality LED displays use this configuration because it provides exceptional resolution in a proven format, as well as a uniform way for consumers to make practical comparisons.

Manufacturers who utilize a virtual pixel configuration in a 4 LED  (2 red, 1 blue and 1 green) arrangement may argue that it doubles perceived pitch, and refer to a 20 mm sign as a 10mm with an “optimized” configuration. To support this claim, they measure the distance from one LED light to the next (instead of the measurement between one pixel’s center to the next) and the true resolution is inaccurately portrayed.

Disadvantages of the virtual pixel configuration:

Smart customers know that a true pixel configuration with a three LED layout delivers the best display performance, with quality you can see. If you have questions, ask for a side-by-side comparison. Your Watchfire representative is ready to help.