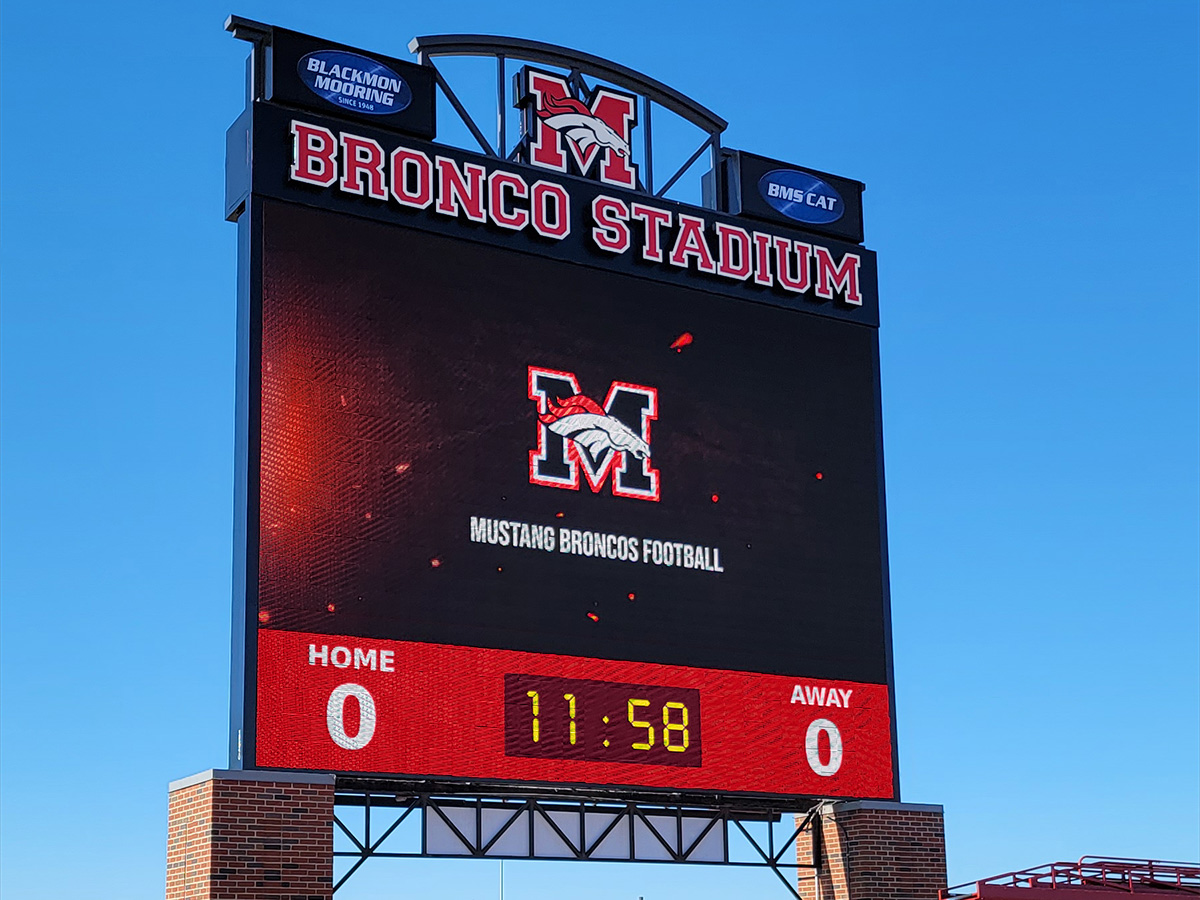 The 2022 show will be held December 9-13 at the Gaylord Opryland Resort & Convention Center in Nashville, TN. Watchfire’s latest innovations will be showcased in booth #436.

Designed to enhance the fan experience, the new video shot clock doubles as a shot clock and videoboard. It syncs with the game clock, and can be zoned to display lineups, welcome messages for teams and players, sponsor logos and fan prompts. The two-foot clock includes a perimeter light to indicate when the time has reached zero.

“Our new video shot clock is entirely unique in the industry,” said Jeff Morgan, Watchfire Sports Director. “The ability to create zones for advertising when not in game use means that the clock can actually pay for itself. We are excited to unveil the clock at NADCE, the premier conference for interscholastic athletic administrators across the country.”

The Watchfire staff will also be ready to discuss its full line of sports products, including prefabricated centerhung displays and scorer’s table with a high-resolution videoboard on the front. Each is engineered with true color calibration and looks great in any gym or field house lighting.

As the Official Scoreboard and Videoboard Manufacturer of the NFHS, Watchfire will sponsor a sweepstakes at the show for a Watchfire ReadyDisplay pre-assembled interior videoboard. NFHS member athletic administrators are eligible to enter the sweepstakes at booth #436 during NADCE.

Get the Guide
© 2023 Watchfire Signs, LLC. All Rights Reserved.